Space Launch Vehicle: the Only Means of Space Transportation

KARI has cultivated its rocket design and manufacturing capabilities by developing single-stage solid propulsion science rocket (KSR-I, 1993), double-stage solid propulsion mid-sized science rocket (KSR-II, 1998), and Korea’s first liquid propulsion science rocket (KSR-UUU, 2002). It acquired space launch vehicle know-how and experience by developing Naro (successfully launched in 2013), the double-stage space launch vehicle consisting of a first-stage liquid engine and a second-stage solid engine, through international cooperation with Russia. It is currently developing a 3-stage Korean launch vehicle (Nuri) with domestic technology to launch a 1.5t-class application satellite into a solar-synchronous orbit at an altitude of about 600~800km. The Nuri is a space transportation vehicle necessary for Korea to become a space powerhouse and a key vehicle for stable space development. KARI plans to launch a domestically developed satellite using the Nuri between 2022 and 2027. With the Nuri development, Korea has finally secured the three elements of space development: the satellite, the launch vehicle, and the launch site. They will enable Korea to launch its satellite at any desired time.

Status of Rocket Development in Korea

On January 30, 2001, Korea announced a plan to build a satellite launch complex in the space center as an outpost of space development. Among 11 potential launching sites in Korea, were compared various conditions, such as possible launch azimuth, securing safety in flight paths, and prohibiting passage of foreign airspace. Two sites--Goheung, Jeollanam-do and Namhae in Gyeongsangnam-do-- were selected as the candidate for launching sites, and a detailed evaluation was conducted. Subsequently, after multi-faceted reviews including various conditions required for launching a space launch vehicle and ease of securing the site, Oenaro Island in Goheung-gun, Jeollanam-do was finally selected as the site for the space center. Construction of the Naro Space Center was started in August 2003 and was completed in June 2009. As a result, Korea became the world's 13th country to have a space center. The Naro Space Center is equipped with various cutting-edge facilities necessary to integrate, test, and launch space launch vehicles such as launch pad system, satellite test building, launch vehicle assembly building, solid motor building, and launch control building. Moreover, it boasts of a range of hi-tech equipment such as tracking radar, telemetry reception system, launch control system, optical system, and weather station to track and control launch vehicles and operate the Space Science Museum.

The Naro Space Center has expanded its test facilities to develop and launch the Korea Space Launch Vehicle (Nuri). The Center added 7 engine/propulsion test facilities to help develop 75-ton and 7-ton liquid rocket engines independently and constructed the second launch pad to launch the Nuri. The second launch pad is equipped with a new umbilical tower with height of 45.6 m to allow preparation for launch while the launch vehicle is staying. Moreover, it improved the performance of various kinds of ground equipment for the launch operation of the Nuri. It upgraded the existing four telemetry receiving systems, developed one additional system to be installed in the Palau Tracking Station in the South Pacific Ocean, which opened in November 2019. It is expanding the communication and mission networks for the tracking radar, meteorological system, launch control system, coastal complex monitoring system, and additional facilities. 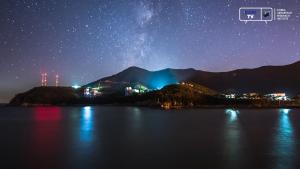 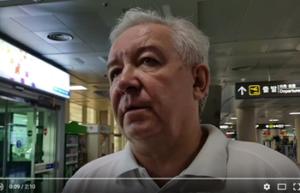 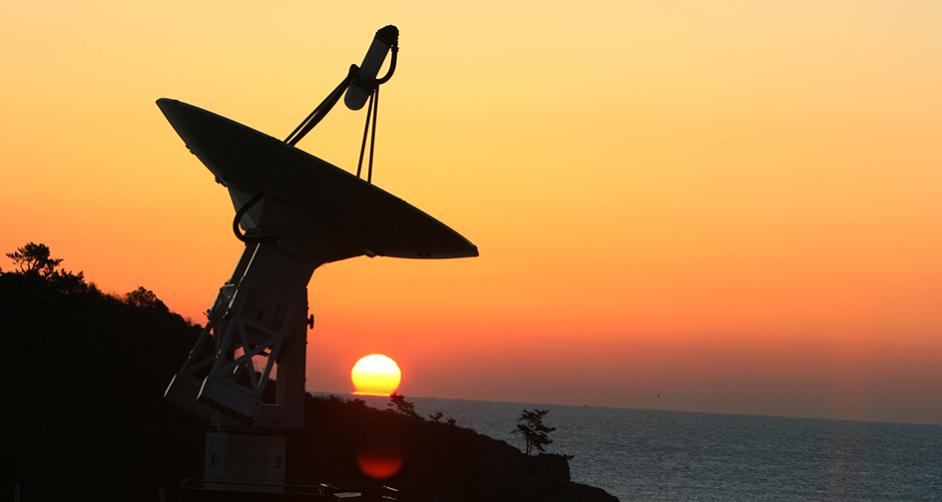 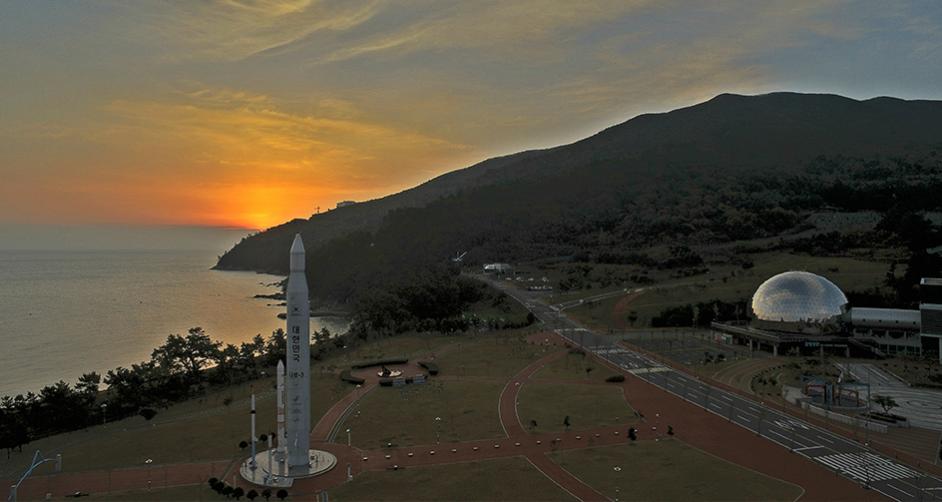 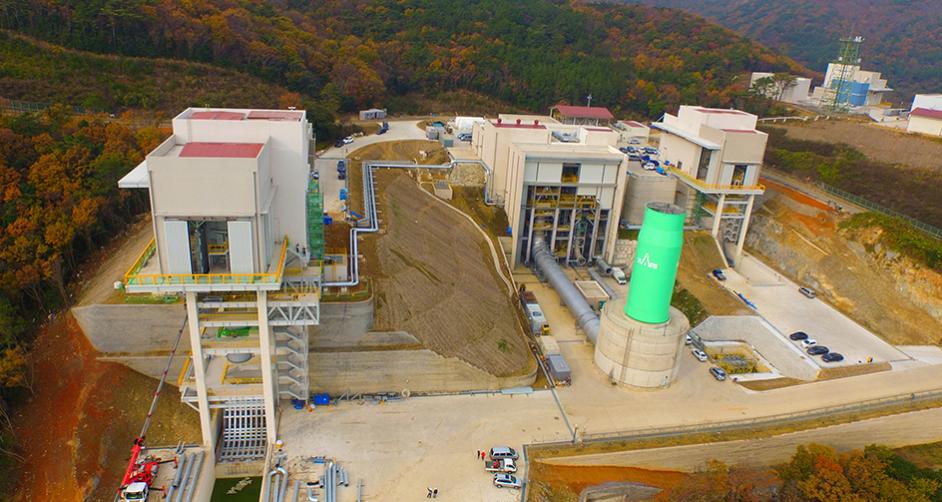 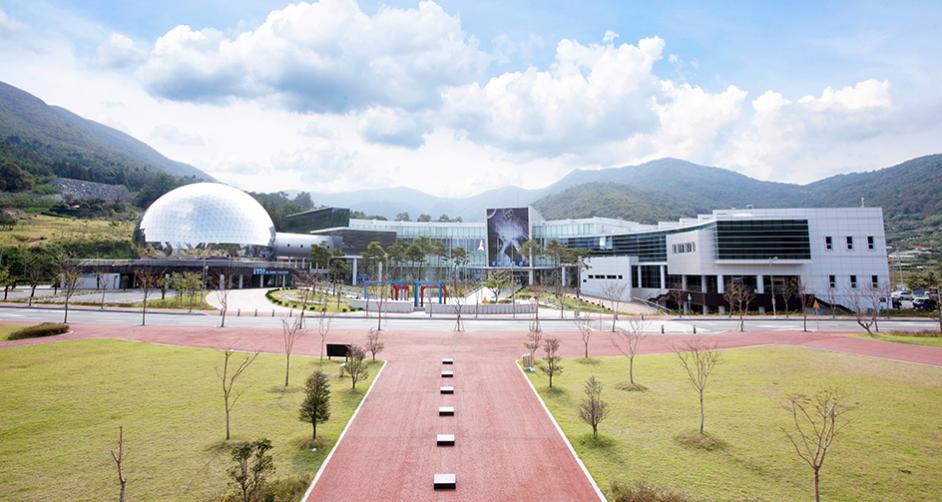 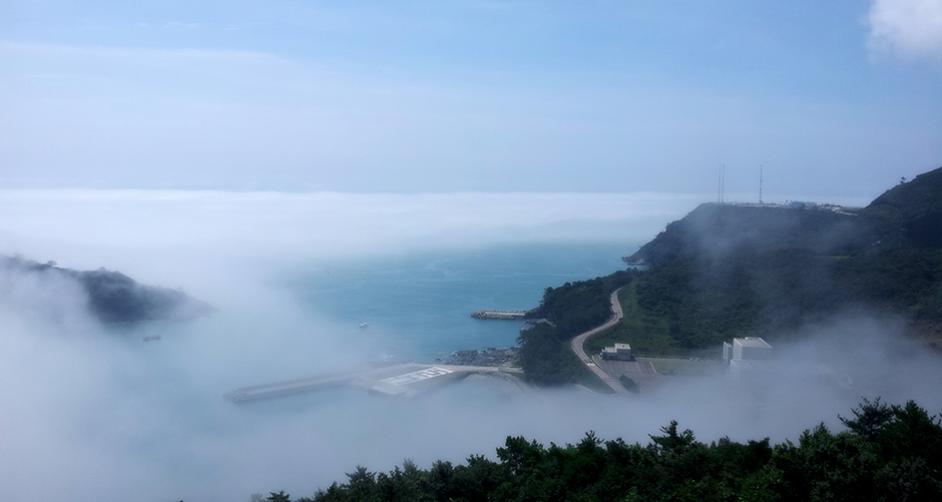 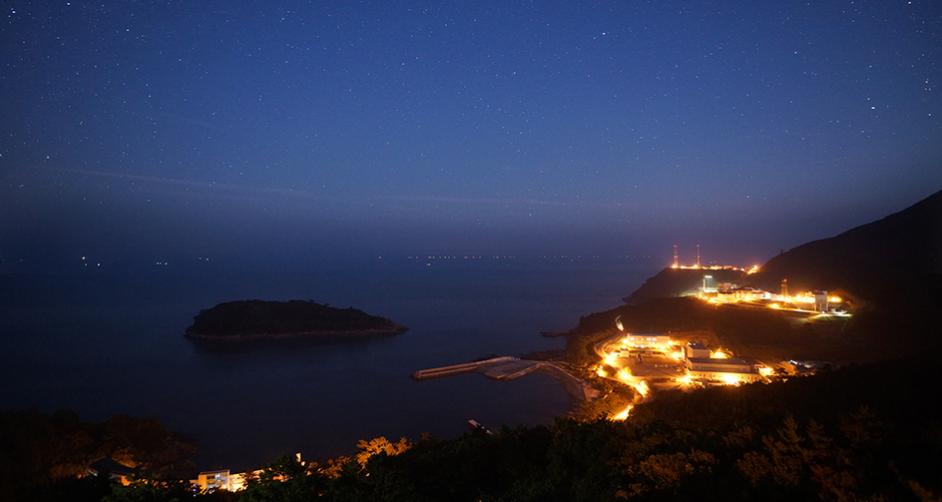 Development of Nuri engine in the engine/propulsion test facilities

The engine/propulsion test facilities apply precision control and supply technology for cryogenic fluid (liquid nitrogen at -196 ℃ and liquid oxygen at -183 ℃) and ultra-high-pressure vapor (air, nitrogen, and helium at 400 atm). Moreover, implementing the latest control/measurement system using excellent domestic IT technology has improved the test operation safety and control/measurement accuracy compared to overseas facilities. It has applied a special civil engineering design to support high shear of 20 m or more and a structure to withstand 150-ton load and vibration. The propulsion system performance test began in earnest as the engine/propulsion test facilities have become operational. The facilities were used for tests of engine components such as turbopump and combustion chamber and engine combustion tests, including comprehensive propulsion system performance tests. They accelerated the development of the launch vehicle engines, and a unique 75-ton liquid engine was born with domestic proprietary technology through continuous engine performance tests. After developing the Korean launch vehicle (Nuri), the engine/propulsion test facility will continue to be used for launch vehicle certification and engine performance improvement. The test facilities are also used for certification tests to check if the engine components and system meet the mass production requirements. Since they are designed to test up to twice the required thrust, they will continuously improve the 75-ton liquid engines' performance and develop new engines. 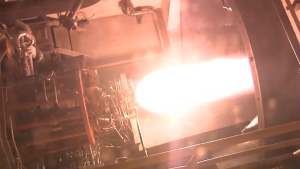 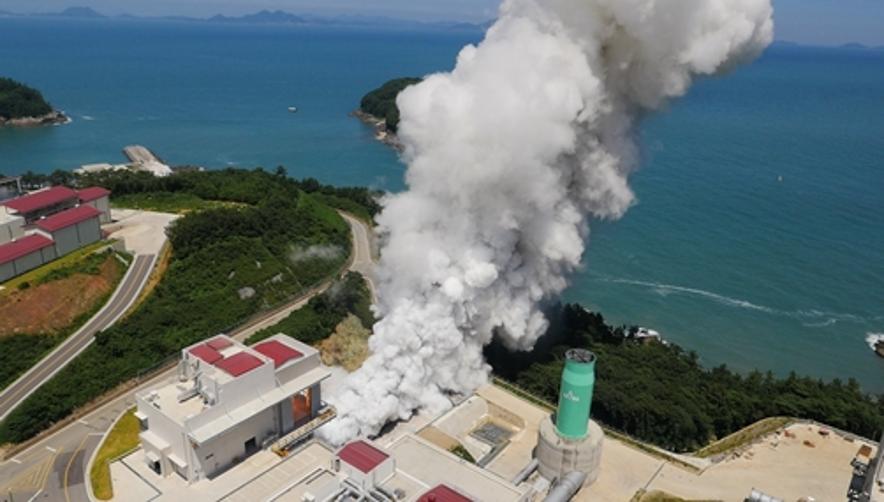 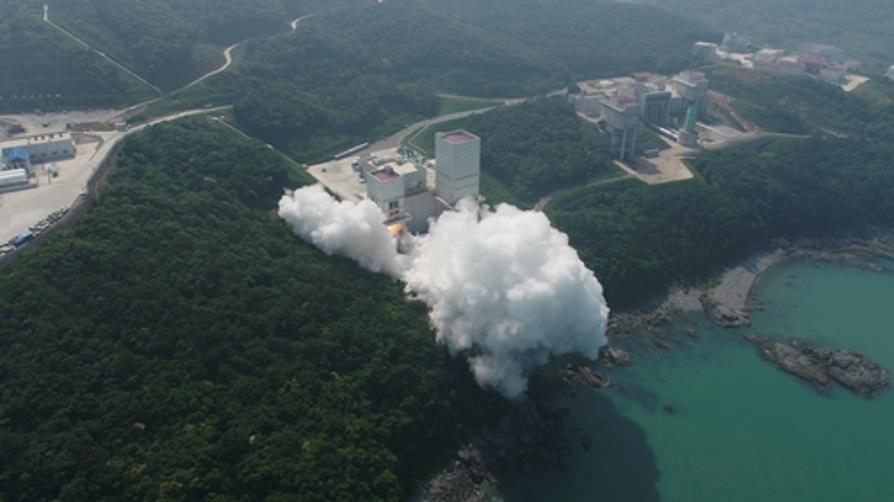 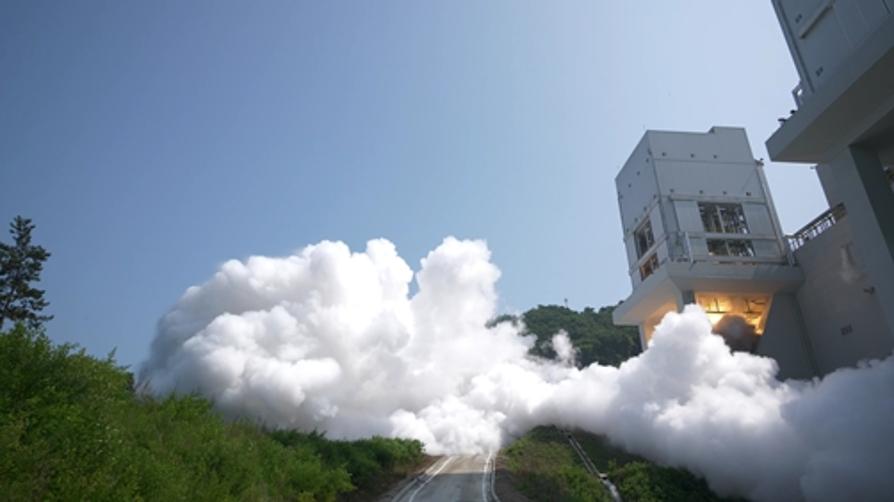 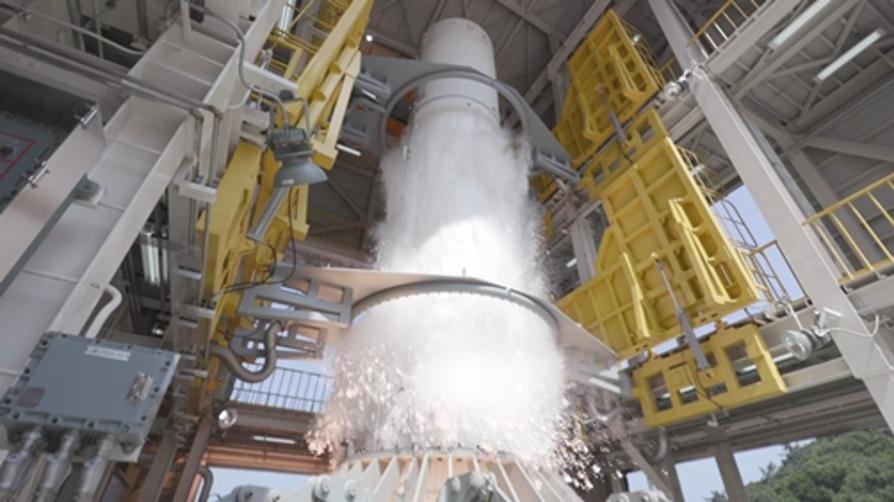 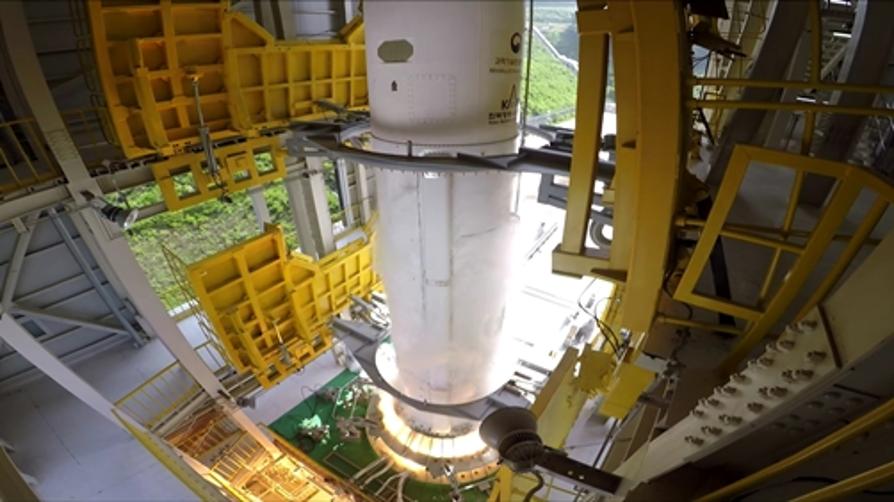 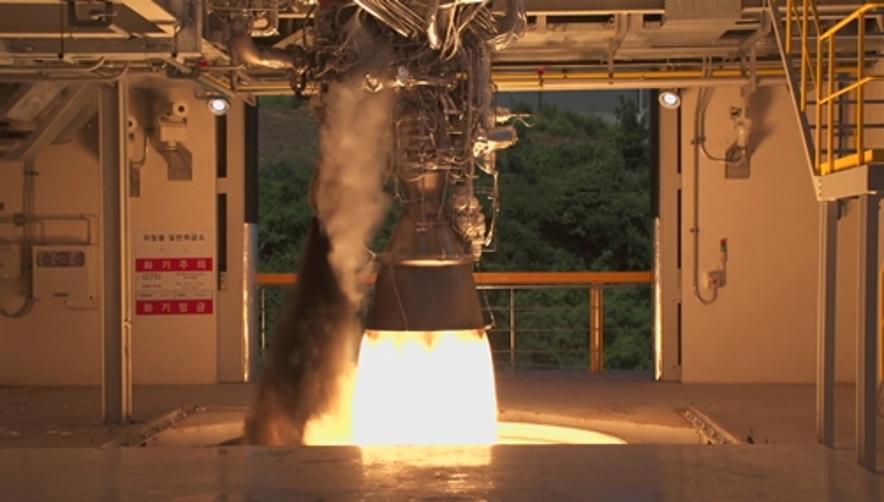 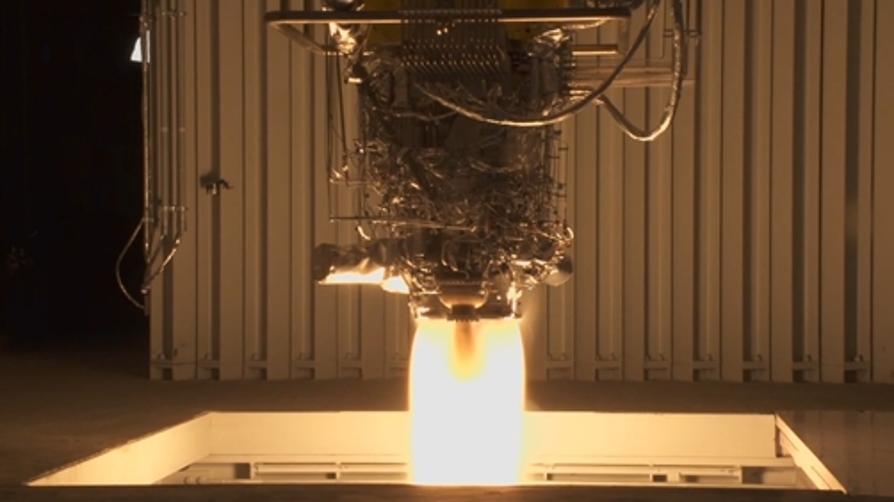 Construction of the 2nd launch pad for launching the Nuri

A second launch pad was constructed with domestic technology to launch the Korea Space Launch Vehicle (Nuri).. The second launch pad has applied new technologies, such as launch vehicle holding device (VHD), multiple umbilical recovery device, and umbilical tower, for Korean launch vehicles. The second launch pad is a structure with three basement floors and one floor aboveground and total floor area of 5,667 m2. All processes except the initial configuration design of some devices were developed with domestic technology. Since the Nuri is larger and heavier than the Naro, the second launch pad is about 1.5 times larger than the first one to support the first stage's increased thrust. Moreover, since supplying the propellant to the second and third stages in addition to the first stage requires umbilical connection for each stage, it has upgraded the structure and function by adding a large umbilical tower and the umbilical recovery system for each stage. The launch pad system is reminiscent of a complex chemical plant but has devices that differentiate a launch pad system from chemical plants. The launcher system includes a coolant spraying system to cool down the high-temperature flames emanating from the liquid rocket engine during launch and a VHD that overcomes the thrust of the launch pad and holds it on the ground and releases on signal. Moreover, a launch pad system is a cutting-edge facility with ultra-high pressure, cryogenic, clean technology, just like a semiconductor factory. It requires technology to limit strictly the moisture and dust content and size in the air and technology to make nitrogen and helium at ultra-high pressure for supply to eight systems. KARI has localized all processes from initial design to manufacturing and assembly by cooperating with domestic industries. 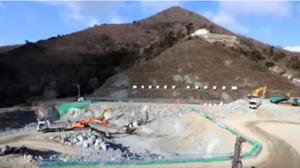 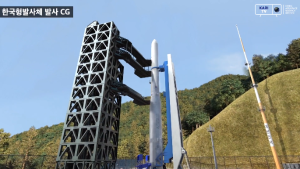 Tracking missions of both domestic and overseas launch vehicles

Since the launch of Korea's first space launcher, Naro, the Jeju Tracking Station has been performing its mission. As part of international cooperation, its telemetry system also tracks and collects remote data of space launch vehicles launched from other countries. The international cooperation was initiated by requests for the facility and personnel to track the Soyuz and Vega launch vehicles flying over Northeast Asia following their launch from the French Giana Space Center. To this end, the Korean government and the European Space Agency (ESA) signed the basic agreement in 2010. KARI and ESA signed an implementation agreement in April 2011 to use the Jeju Tracking Center’s telemetry system. Afterward, the Naro Space Center and the Centre National d'Etudes Spatiales (CNES) in France signed a detailed agreement (CNES) for the use of the telemetry system, supporting the launch of space launch vehicles and receiving remote data (as of 2020).

KARI operates an overseas tracking station in Palau in the South Pacific. The Palau Tracking Station is a facility for tracking and checking the real-time flight position and launching vehicles' flight status and payloads. It can acquire flight information for the third-stage engine combustion section and receive satellite separation signals of the Korea Space Launch Vehicle (Nuri). When the Naro was launched, it was necessary to carry a mobile telemetry system on a coast guard ship to seas near the Philippines. Moreover, there were many restrictions on the launch operation due to sea weather and constraints on the period of stay at sea. The Palau Tracking Station is equipped with a large 7.3m telemetry antenna and a satellite communication network on a site of about 28,000 m2; it can receive remote data and images from launch vehicles at a distance of about 1,700 km. The establishment of the Palau Tracking Station has enabled flight safety and regular launch missions by linking the Naro Space Center and the Palau Tracking Station to receive data on the flight position and flight status of the launch vehicle for the overall launch phases reliably. * The remote data-receiving antenna at the telemetry ground station is a wireless communication system that can acquire real-time flight position, operation status, and characteristics (speed, acceleration, position, attitude, stage separation, satellite separation signal and pressure, temperature, voltage, and current) of launch vehicles and payloads (satellites). It is an essential system for launching missions and managing flight safety.
In preparation for the launch and operation of future space launch vehicles including the Nuri, KARI began a basic investigation to establish an overseas tracking station in 2012 and decided on Palau as the final candidate in 2014. The station opened on November 7, 2019 after construction and equipment installation and started full-scale operation after linking tests with the Naro Space Center's tracking system. The official name of the Palau Tracking Station is the Korea Aerospace Research Institute Palau Tracking Station. The Palau Tracking Station systems are mobile models and are operated only during the launch mission and returned to Korea to minimize maintenance costs. The Palau tracking station will be used in earnest from the launch of the Nuri. 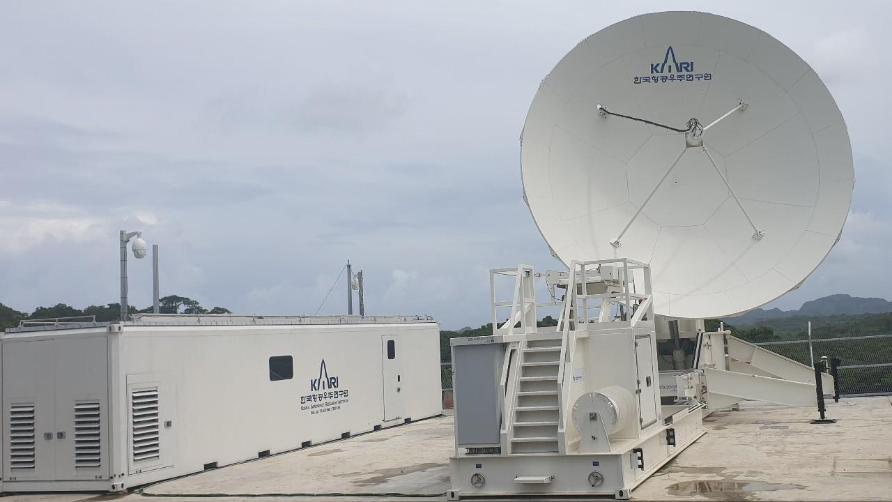 Dream and vision of space development to the public 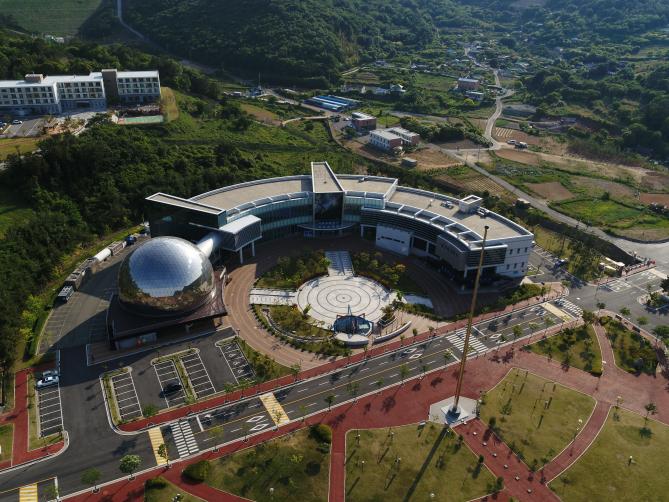 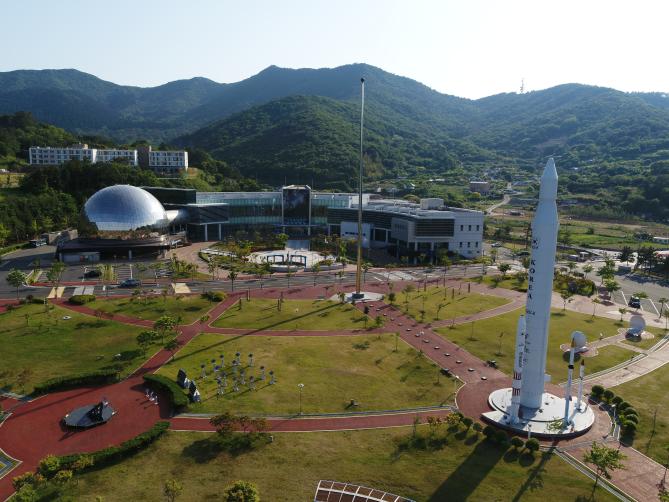 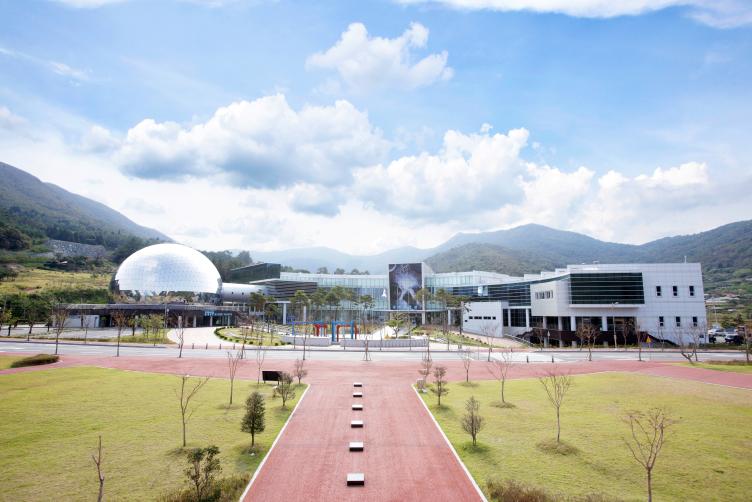 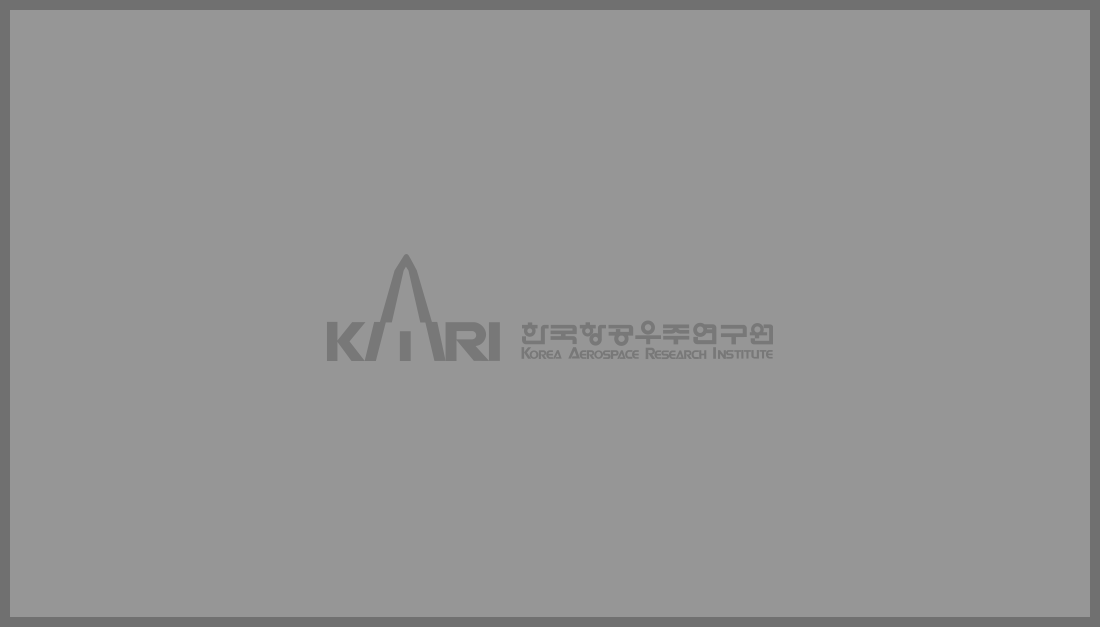